We have successfully initiated our 120-meter tow test unit towards its designated test pattern approximately 50 nautical miles outside of San Francisco’s Golden Gate. This is an important test before we deploy our complete system into the Great Pacific Garbage Patch later this summer.

In our last update, we detailed the engineering that has been completed since we set up our assembly yard in California. The 120-meter unit they completed for this test is the first section of the whole 600-meter System 001. The purpose of the tow test is to see how the system behaves in the water (its hydrodynamics) as well as at the screen’s performance during towing and during various maneuvers at sea.

Our tow test has left Alameda and is on its way to the Pacific Ocean. pic.twitter.com/K3I4h129hP

To confirm the system’s behavior at sea, the tug will follow an elaborate pattern, going with and against the current and the waves, and looking for different weather and sea conditions. The test piece departs from San Francisco Bay with the screen pulled up to the floater. The screen will be lowered only after the first testing pattern has been completed, after which the entire pattern is repeated once more, with the screen down. Engineers will actively monitor and record the system responses to help us find the safest and most efficient way to transport it the much greater distance of more than 1,000 nautical miles it will go to get to the patch.

The screen is the part of the system that is meant to concentrate the sub-surface plastics against the floaters. It also plays an important role in the drifting behavior of the system once it is fully deployed to freely move on the currents and the wind. The 120-meter system, the longest we have deployed to date, has a similar screen set up as it will be on the full system. It has been specifically made for the tow test, with a new screen being produced for the full-size system so we can also analyze the behavior of the screen for durability, and don’t have to worry about damage at full-load testing. 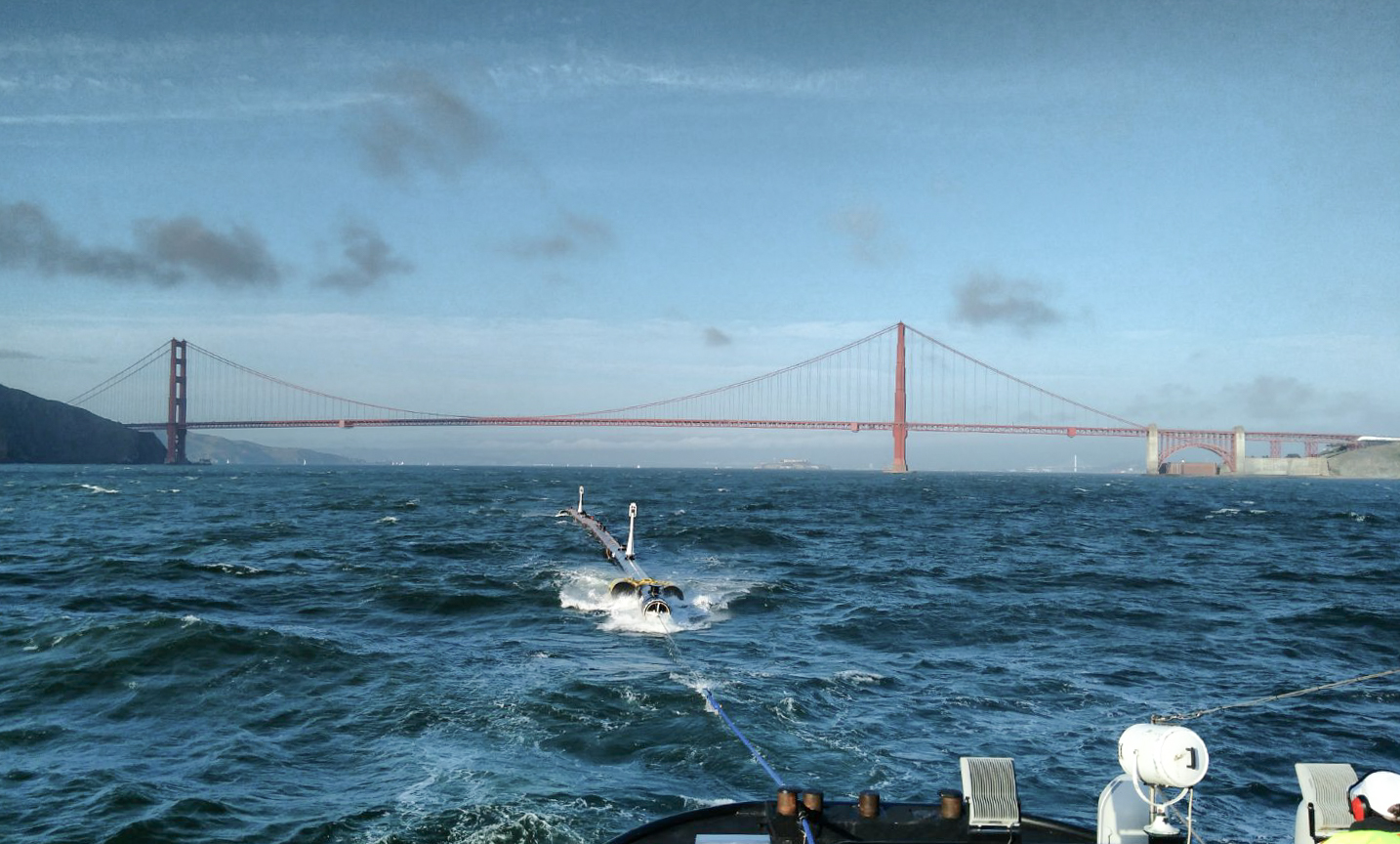 After the two-week test has concluded, we will bring the unit back to the assembly yard. Based on what we have learned from the test, we will advance as necessary. We will also use this 120-meter section for the complete 600-meter section – as it will already have the custom-built tow heads needed to transport it once again. Once the unit has been returned, the assembly will continue, and we will, essentially, cut the system in half and place the 480 remaining meters of pipe into the two 60-meter sections. We will then prepare System 001 for the Pacific Trials which will take place in international waters, 220-240 nautical miles off-shore from San Francisco, and will last 14 days.

All in all, this tow test is allowing us to gather the necessary practical knowledge needed to tow the full-length system safely and effectively out for the Pacific Trials, and then, finally, into the patch later this summer to begin cleaning. As we learn more, we will continue to update you from this step on the Road to the Cleanup.