In our article published in Scientific Reports in 2019, we relied on models and statistics to estimate how much plastic was being emitted into the ocean and where it would end up.

In the article, we estimated that 107 and 290 million metric tons of plastic were emitted into the ocean between 1950 and 2015. Over this period, the plastic output increased exponentially, and it continues to increase as global plastic production surges. 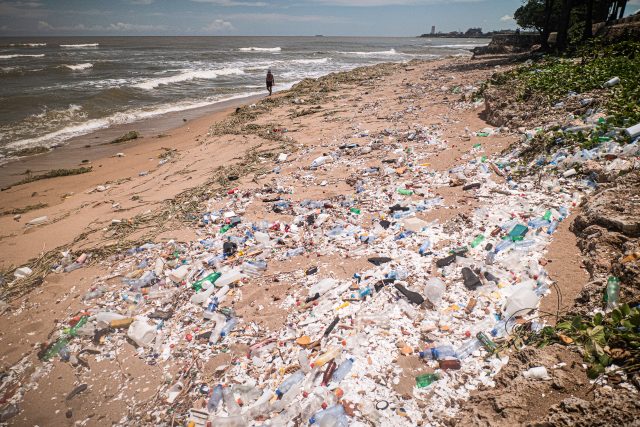 Plastic pollution on a beach in Santo Domingo, Dominican Republic 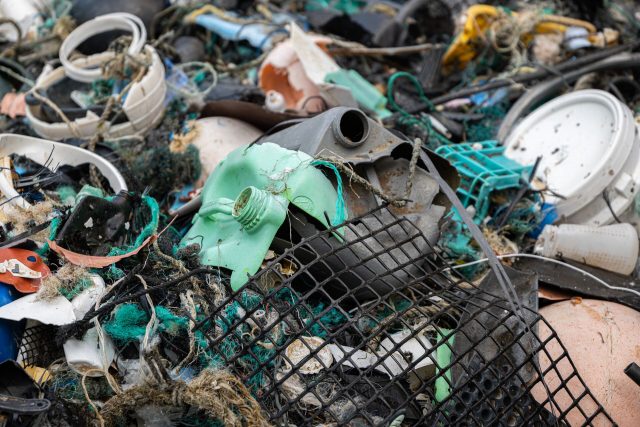 Plastic extracted from the Great Pacific Garbage Patch with System 002

Depending on the buoyancy of the plastic, its journey once it enters the ocean differs. Approximately 35.5% of the plastic entering the ocean is considered non-buoyant and can therefore be assumed to sink close to the ocean entry point. The rest (65.5%) is considered buoyant plastic, which will either a) beach onshore, b) sink to the seabed close to shore, or c) escape out into the ocean and eventually end up in the so-called garbage patches. While the latter fraction is the smallest of the three, it remains important as it moves the floating trash out of reach for cleanup efforts operating closer to shore.

The journey of a piece of plastic can be very long, beaching and re-entering the ocean multiple times, all the while slowly breaking down and releasing microplastics. It might also take years or even decades before a plastic piece has traveled all the way to a garbage patch.

To conclude, we need to stop plastic from entering the ocean. But to mitigate harm to the environment and limit the generation of further microplastics it is also essential to clean up the plastic that has made its way into the ocean.

To learn more, also see these FAQs and pages: