Although microplastics are most abundant by count, our reconnaissance of the Great Pacific Garbage Patch revealed that 92% of the plastics are still large objects in terms of mass. The smallest size class we quantified, pieces smaller than 1.5mm, accounts for just 0.77% of the mass.
Compare it to standing next to Mount Everest while holding a handful of pebbles. While the pebbles in your hand are more abundant by count than the mountain (for which the count equals 1), the mountain, obviously, contains more rock than your hand does. As you can see, it’s the mass that counts (pun intended).
So, most of the plastic floating in the ocean garbage patches is still intact as large objects, which is even more reason to go and clean it up – before the 92% breaks down into more and more small pieces. 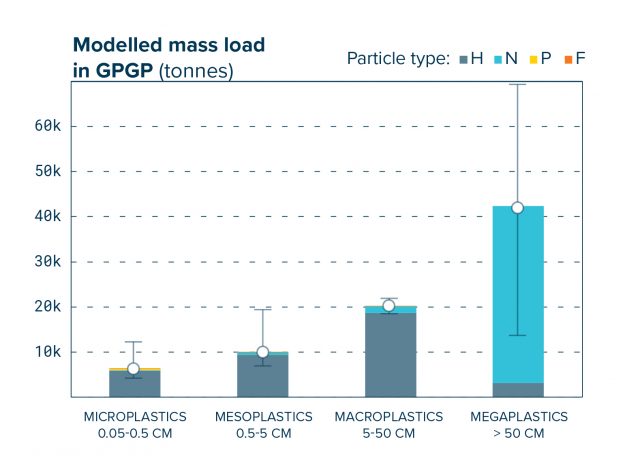 Most plastic in the Great Pacific Garbage Patch is contained in large objects. Lebreton et al., 2018